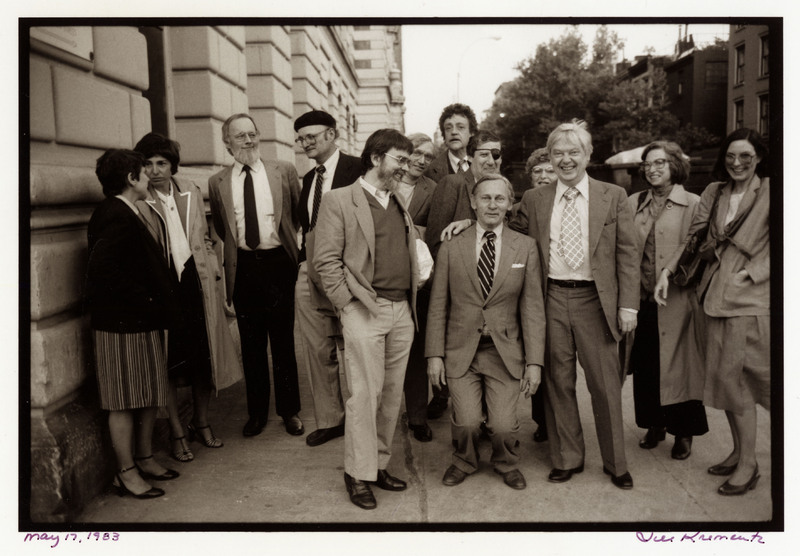 From the University of Houston’s collection of Barthelme’s papers. The entry’s description:

It would be swell if anyone could identify the women in the photograph.

In his 2009 Barthelme biography Hiding Man, Tracy Daugherty offers the following recollection of the “Postmodernist Dinner” from novelist Walter Abish:

Around this time — in the spring of 1983 — “Donald had this idea to make a dinner in SoHo,” says Water Abish. “A major dinner for a group of writers, and he planned it very…